People who need a personal injury lawyer are often facing some of the most troubling, difficult, and challenging days of their lives. A personal injury, even a relatively mild one, can be stressful and confusing. Lost wages, significant medical expenses, and diminished earning capacity can all have a serious impact. Add to this the difficulties faced with losing a vehicle and an experienced, qualified attorney who focuses on assisting clients facing these issues will provide peace of mind and a reduction of the impact this event will have upon your life.

We understand this impact and have years of experience guiding and counseling people through the personal injury process. Because of our experience, we know how to handle your case. Whether you have suffered a catastrophic injury, lost a loved one in a tragic fatal accident, been the victim of medical malpractice or been hurt in a car accident, we can help you.

Our staff of experienced attorneys and paralegals will provide the expertise and time your particular matter demands. There is no “small case” for our law firm. Each case deserves and receives special attention to enable our clients to receive compensation. 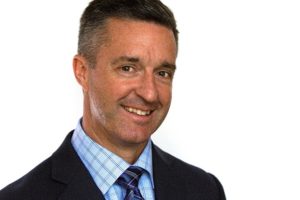 Douglas F. Angell has been admitted to practice law in the State of Oregon since 1993. After acting as General Counsel for a large highway construction and trucking company in Coos Bay, Oregon, he moved his family to Portland in 1996 and began practicing personal injury law and business law. Doug also prepares Wills and other end of life planning documents for Oregonians.

Doug has handled hundreds of personal injury cases through Settlement Conferences, Mediation, Arbitration and Jury Trial. Doug has also been a member of the Washington County Arbitration Panel for over ten years serving as an arbitrator in many cases. The unique experience of acting as the decision maker enables Doug to bring an objective view to difficult matters. All clients will be provided straight answers to difficult questions which will enable the client to make informed decisions to best avoid surprises and unwanted results.  In his free time, Doug enjoys visiting his children, travelling to the sunshine, all types of outdoor pursuits, and participating in Crossfit competitions.

Doug is active in the community and supporting the activities of his three beautiful daughters. Volunteer activities have included: Beaverton Rotary Club, Board of Directors and Rotary Foundation Board of Directors, Chairman of the Washington County Prime Livestock Association Livestock Auction, Vice President of a recreational soccer club, President of a competitive or “classic” soccer club, and soccer coach.

Oksana Holovey immigrated to the Portland area from Ukraine just over a decade ago. She is fluent in English and Ukranian. Taking advantage of Washington State’s Running Start program, she graduated from Heritage High School and with an Associate’s Degree from Clark College in 2014. She continued her education at Portland State University, earning her Bachelor’s in Criminology in 2016. Oksana’s legal career started in immigration law, followed by bankruptcy law. She finally settled on personal injury law which she finds to be most enjoyable and rewarding. Oksana enjoys taking walks at the beach with her husband, especially if there’s an ice cream cone in her hand, and making new trails in the forest with her dog. She also volunteers at her local church focusing on kids and teens ministry.

Taylor Johnson was born in Bend, Oregon, where she lived until she was 19. Taylor moved to Portland after graduating from Central Oregon Community College with her Associate’s Degree in 2014. After moving to Portland, Taylor spent the first few years exploring all Portland had to offer, while working for an insurance company as a claims processor. In 2017, Taylor decided to return to school for her Bachelor’s Degree. She graduated from Colorado State University’s Global Campus in 2019, earning her Bachelor’s Degree in Criminal Justice and Law Enforcement with a minor in Emergency Services. Taylor also attended Penn Foster College, earning her specialized Associate’s Degree in Paralegal Studies in 2020. Taylor has wanted to be in the legal field since she was 8 years old. Her first experience with the legal profession was interning for the political campaign for the Deschutes County DA in 2014.

Taylor spends most of her free time entertaining her two cats and exploring the PNW with her fiancé and Mini Schnauzer.

Doug’s oldest daughter has happily decide to join the legal field after graduating from Seton Hill University in Greensburg, PA in 2017 with a degree in Criminal Justice and a minor in Forensic Science.  Lindsey splits her time between the Washington County Probation Office where she works as a Criminal Case Monitor Intern, and our office.  Lindsey will tell you that working for her dad is a dream come true for her.  Doug will tell you that Lindsey has quickly become a trusted and integral part of the office.  Lindsey assists with all matters relating to the Personal Injury Practice and also makes sure all our “back office” responsibilities are handled efficiently.

Lindsey was a member of the Seton Hill University Equestrian team while in college.  She still enjoys riding and competing.  Lindsey has also become a Crossfit junkie.  She attends Crossfit classes most days, and even enjoys competing in local Crossfit events.

Chelsey Meleyco was born in Stockton, California and graduated UC Davis with a bachelor’s degree in English and a minor in Sociology in 2015.  She moved up to Oregon in 2018 with her husband and two cats to pursue a cooler climate and outdoor lifestyle.  Her career in law began back in high school while interning for her father’s personal injury firm.  She has since worked in library circulation and the wine industry, before returning to an occupation centered around the law as a legal assistant for Douglas Angell.  In her free time, she enjoys running half-marathons and riding horses, and relaxing with her husband and two cats at home in Portland.